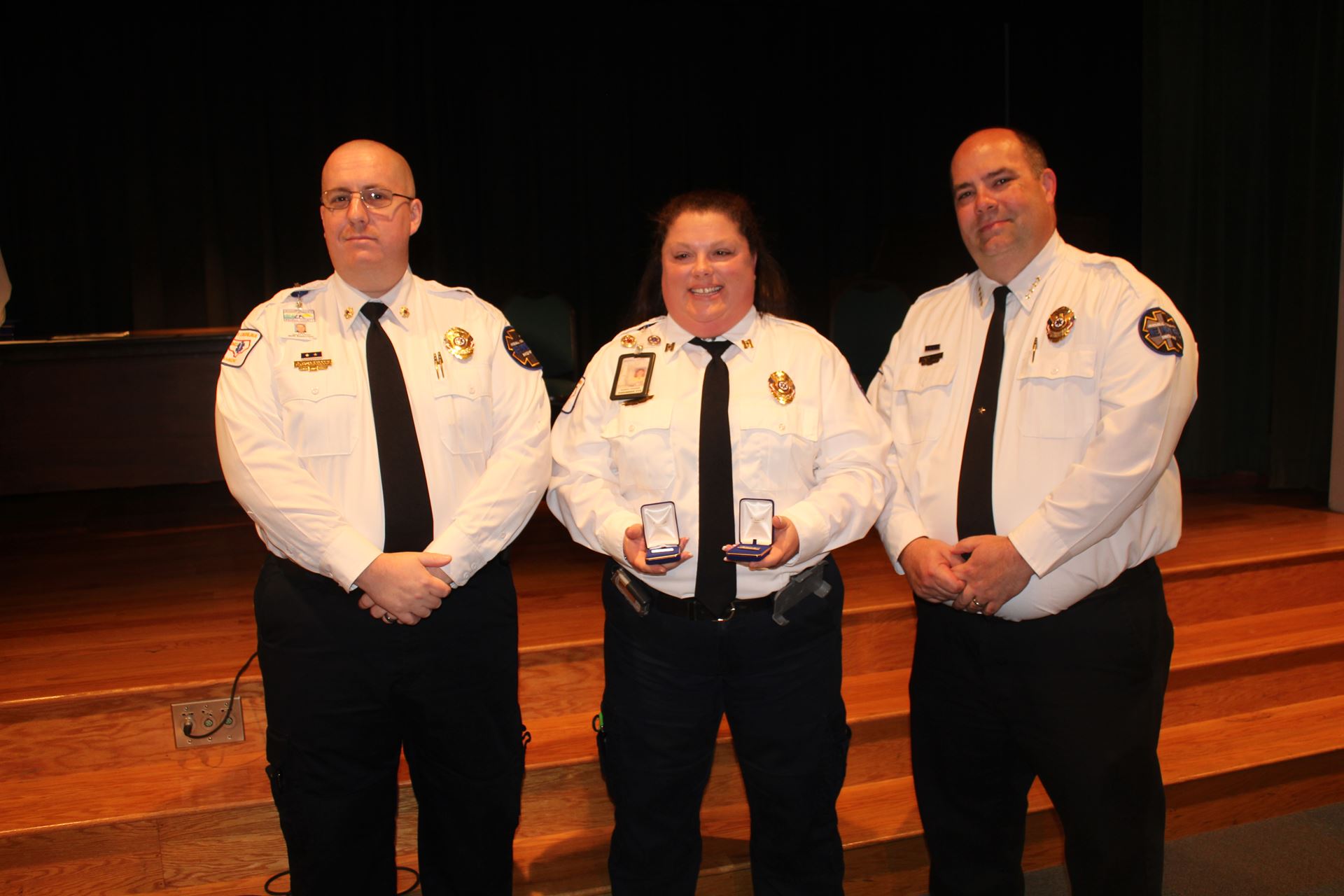 This award is awarded to one employee per year based on consideration of overall job performance as it relates to; perceived work ethics, leadership, interactions with peers, attitude, and absence of any substantial disciplinary status. This award includes all active employees of Iredell County EMS who has been actively employed for the past year. This year’s recipient gives countless hours, both paid and unpaid to our agency and community. Dawn came to Iredell County EMS in 2000 as a Paramedic and currently holds the position of Assistant Training Officer. 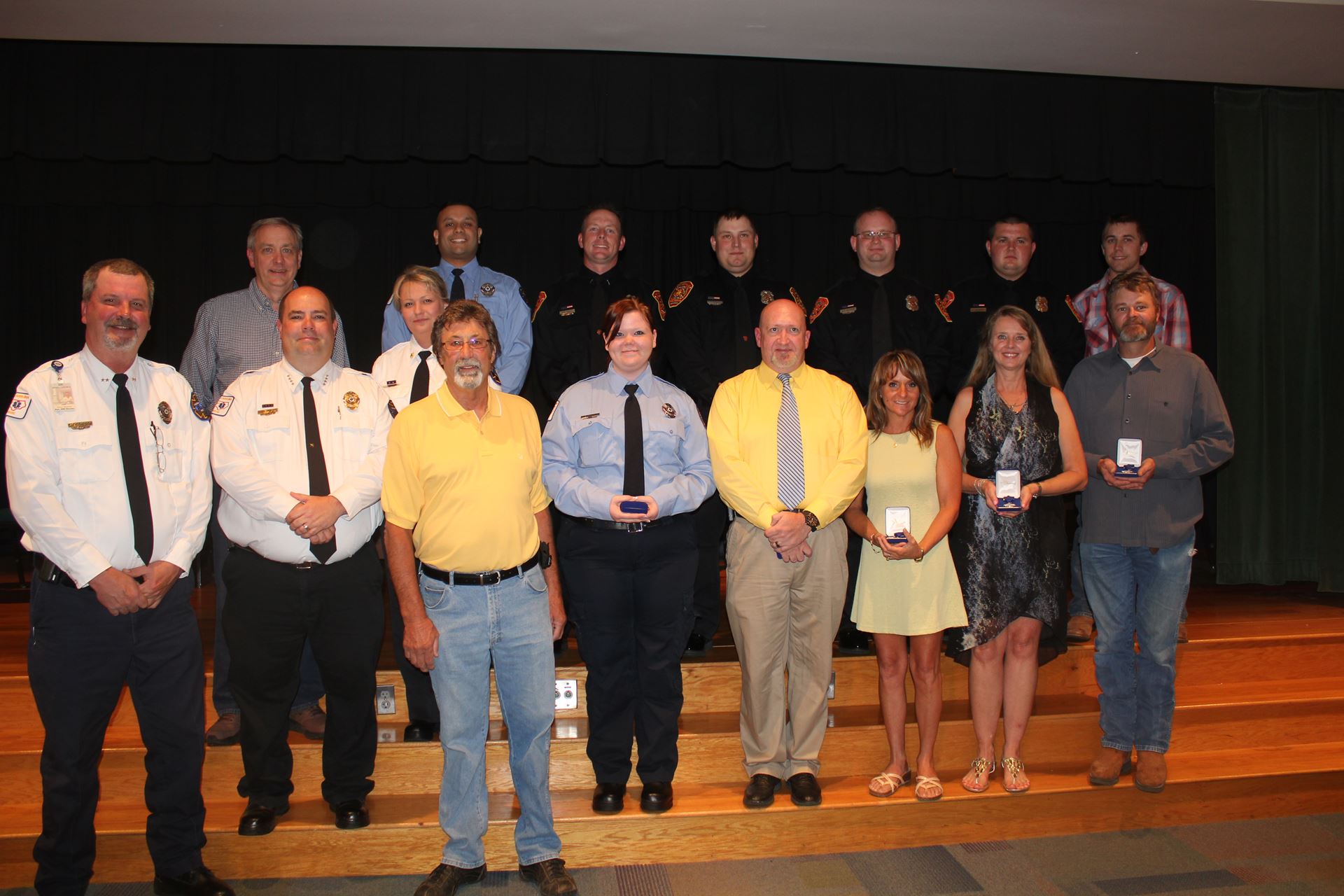 This call fully illustrated the chain of survival from including the importance of bystander CPR. The patient collapsed at a local restaurant and three bystanders quickly began CPR and dialed 911. They were followed shortly after by engine companies from Mooresville Fire / Rescue and Shepherds Fire / Rescue who continued CPR and applied an AED. These efforts were followed up with exceptional patient care from the EMS Paramedic Crew and Battalion Chief. From the time of 911 call to return of circulation was just 22 minutes. 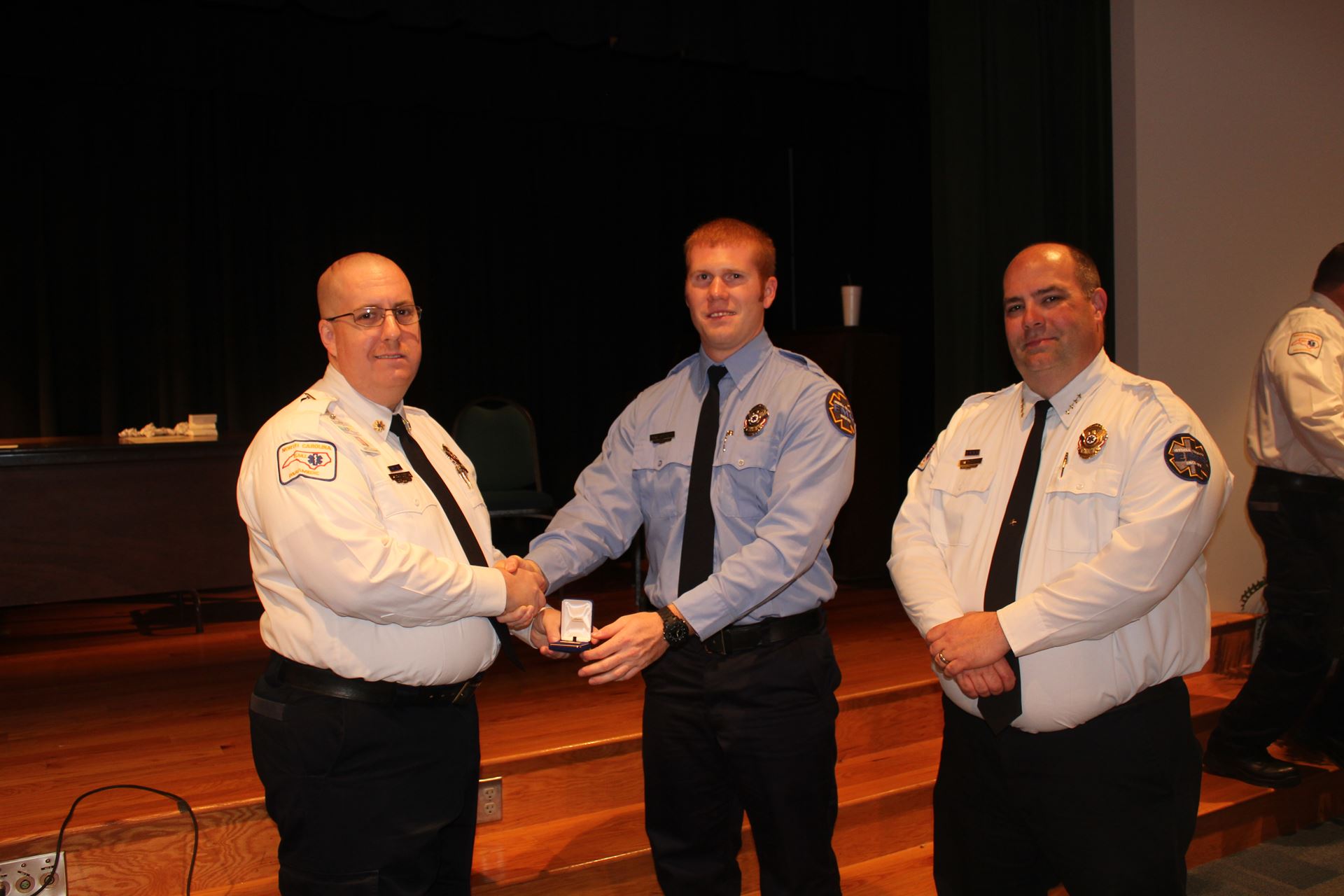 Last year, units were dispatched in the early morning hours for a motor vehicle accident. They arrived to find a Mooresville Police SUV that had traveled through a convenience store parking lot, striking two dumpsters went over a retaining wall and came to rest nose first into a parking lot below. The police officer was still inside the vehicle; confused, combative and fighting for his life. Adding another element of danger was the dazed and confused police K9 that was trying to protect his handler. Other officers responding were able to secure the K9. One Paramedic was able to climb into the vehicle and using his military experience was able to disarm to officer, making the scene safe. With the help of other Mooresville PD officers and Mooresville Fire the patient was able to be sedated and loaded into the ambulance. It was apparent to everyone what grave condition this officer was in and as he left the scene in a MedCenter Air helicopter, no one knew if he would survive. The officer sustained multiple serious orthopedic injuries and after a long road of surgeries and rehabilitation, this officer is now back on the streets thanks to those who responded to the call. 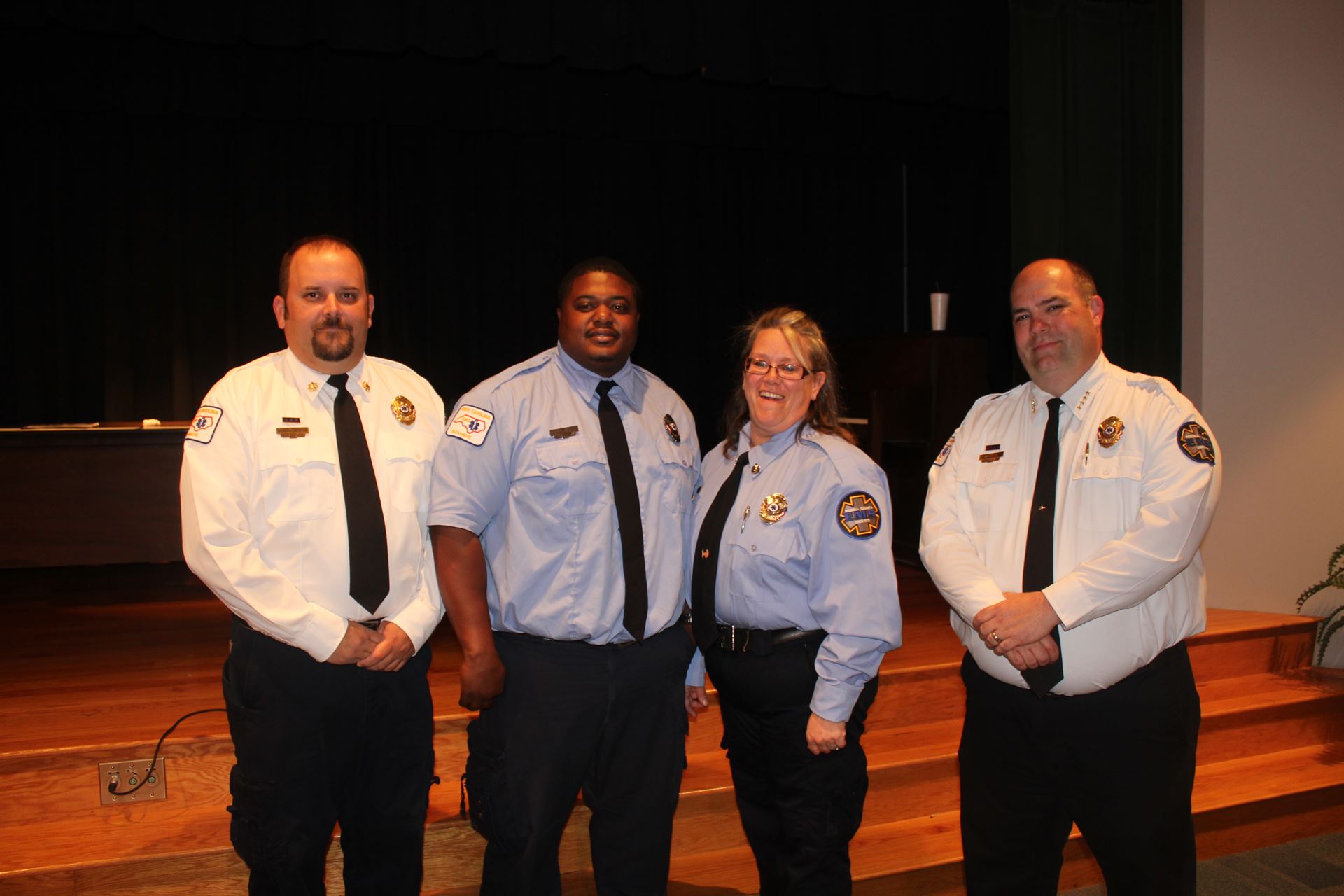 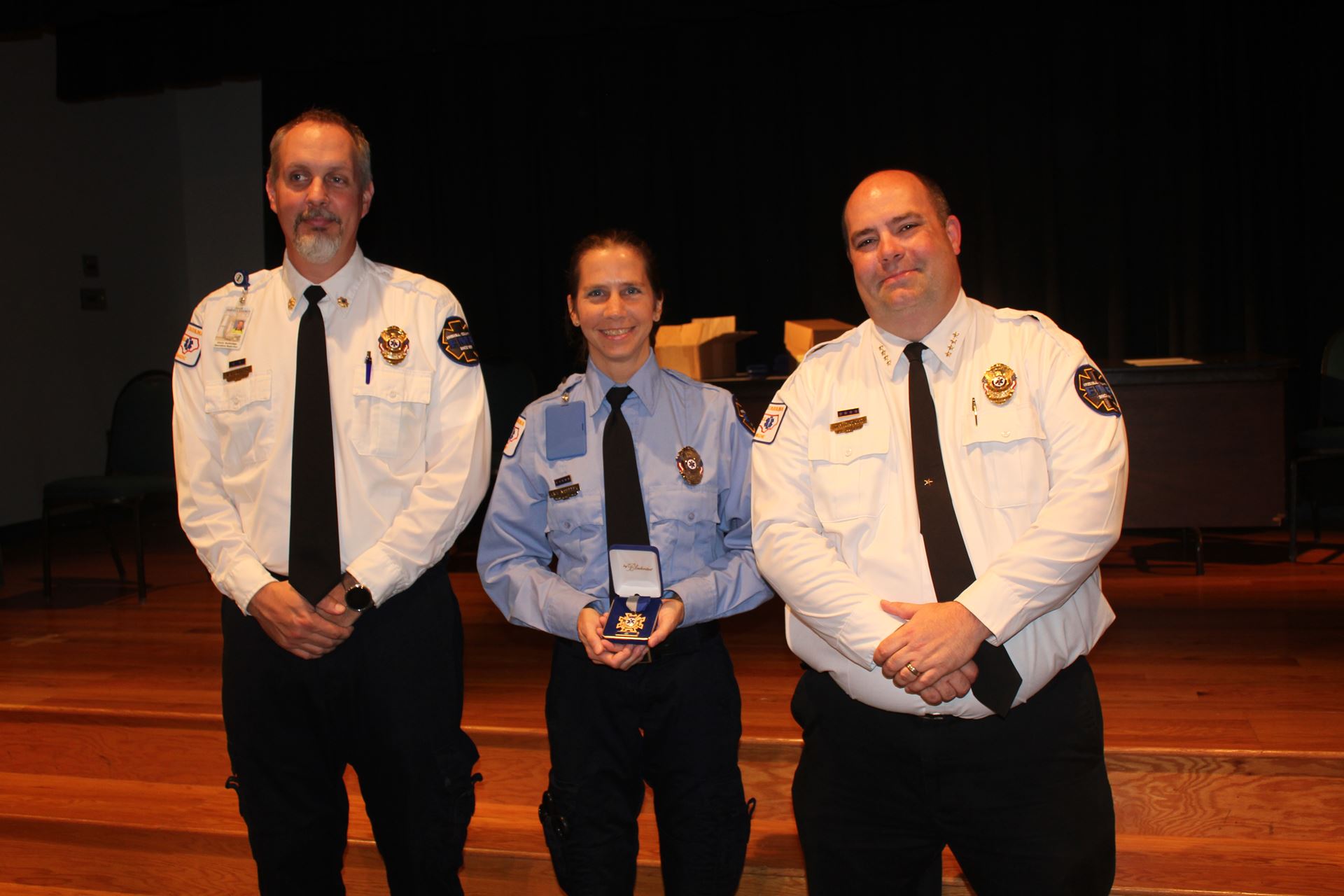 This award recognizes a uniformed EMT who by act and deed represents the most outstanding achievement or accomplishment in EMS over an extended period of time, or a heroic act or deed/achievement in a onetime event This is the highest award that can be conferred in the absence of extreme conditions and extraordinary circumstances.

Amy and her partner were able to pull a victim from a burning vehicle at a crash scene.